Introduction to Python: Its Features and Benefits

If you’re interested in outsourcing some Python development services for your business, you should first know exactly what you’re getting into. Keep reading to learn more about Python and its benefits. 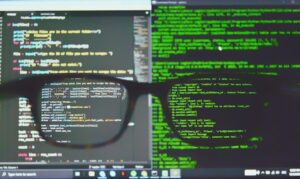 Python was created in the early 1990s by Guido van Rossum and has become one of the most popular programming languages in the world. It is a “high-level” language, which means that it is designed to be easy to read and understand. It is also an “interpreted” language, which means that it is not compiled into machine code like some other languages. Instead, Python is read and executed line by line, which makes it slower than compiled languages but much easier to use.

Python is popular in the scientific community for data analysis and machine learning. This is because Python has a number of libraries that are specifically designed for these tasks, such as the NumPy library for numerics and the SciPy library for scientific computing.

Python is also popular in the business world. Some of the largest companies in the world, including Google, Facebook, Dropbox, and Netflix, use Python for their software development needs. This is because Python is a versatile language that can be used for a variety of tasks, from web development to data analysis.

What are the benefits of Python? 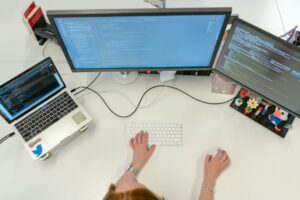 Python is a powerful programming language that is widely used in many industries today, and it is hugely beneficial for businesses of all sizes. For starters, Python is a popular language for data analysis due to its powerful libraries like NumPy and Pandas. These libraries allow you to perform complex mathematical operations on data and easily manipulate and visualize data. This makes Python a great choice for data-heavy tasks such as data mining, predictive modeling, and scientific computing.

Python is also a popular language for web development. It has a number of powerful libraries for creating web applications, such as Django and Flask. These libraries allow you to easily create web pages, forms, and databases and connect to other web services. This makes Python a great choice for creating dynamic web applications.

Additionally, Python can be used for business automation tasks. For example, you can use Python to create scripts that can automatically process data, send emails, or interact with other software. This can help you to automate tedious tasks and improve your workflow.

Further, Python is a popular language for robotics programming. It has a number of libraries that allow you to control robotic devices and program complex tasks for them. This makes Python a great choice for programming robots and other automated devices.

How do you choose a good Python developer? 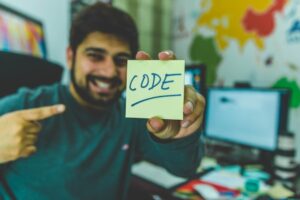 Python has been around for a while, so you want to make sure your developer has extensive experience with the language. They should be able to work with all of the major Python frameworks and libraries and be up to date on the latest trends and best practices.

Your developer should also be able to write efficient, well-structured Python code. They should also be comfortable working with databases (MySQL, MongoDB, etc.), web servers (Apache, Nginx, etc.), and other technologies commonly used in Python development.

Python is a versatile language that can be used for a wide range of applications. Your developer should be able to communicate with stakeholders to understand the exact needs of the project and develop a plan of action. They should also be able to write clear, concise code that is easy to understand and maintain.

Python development can be challenging, especially when working with complex systems. Your developer should be able to think on their feet and solve problems quickly and efficiently.

When looking for a Python developer, it’s important to find someone who is not only technically skilled but also communicative, proactive, and solution-oriented. By choosing the right developer, you can ensure that your Python projects are successful and delivered on time.

How To Remove Weed Smell From Your House

Get To Know YoungBoy Kayden Gaulden

History of The Copyright

Why Colombian Women Are So Desirable

The Story Behind Bob Ross And His Wife...

The Power of Charts in Financial Planning and...

The Admissions Process for MSBA Programs

How many teeth does a Dinosaur have?